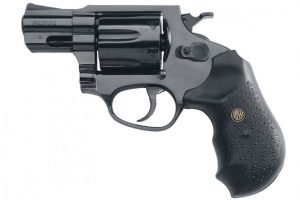 Having been a forensic accountant/appraiser in hundreds of matrimonial cases, there’s rarely a case involving a closely held business where the non-titled spouse doesn’t make an accusation of unreported income by the titled spouse or, at a minimum, significant personal expenses being run through the business and reported under the guise of legitimate business deductions. Such allegations are generally intended to act as leverage during negotiations and to increase the value of the underlying business for equitable distribution purposes or to increase income for child and spousal support purposes. Much to my disbelief, I have also many times witnessed such allegations becoming the subject of sworn testimony during depositions and, worse yet, trial. In rare cases, I have seen Fifth Amendment assertions by the accused. Unfortunately, invoking such constitutional protections can result in the trier of fact drawing the highest negative inference. You have heard the expression “don’t point a loaded gun at someone unless you’re prepared to pull the trigger” and deal with the consequences. The same is true about making sworn allegations of fraudulent activity in front of a judge who is a mandatory reporter of such illegalities. When I warn the non-titled accuser of the ramifications of making such allegations, I’m usually met with a response that “I’m an innocent spouse” for tax purposes. For most of us who are experienced in the matrimonial area, the term “innocent spouse” is an oxymoron. Many accusing spouses don’t meet the standards for availing themselves of that relief. As such, if the activity is significant enough, successfully playing that trump card could have serious civil and/or criminal ramifications.

When a couple files a joint return, each spouse is jointly and severally liable for the full amount of total tax, including any tax deficiency that IRS assesses after an audit. This means that IRS can look to either spouse to satisfy the entire tax liability. Joint and several exposure also extends to any interest and penalties, including civil/criminal penalties. Also, if the allegations rise to the level of fraud or a willful attempt to evade taxes, the statute of limitations does not apply.
There are three provisions in the law that mitigate the joint and several liability rule. One provision grants relief to “innocent spouses” who were unaware of a tax understatement attributable to the other spouse. A second provision allows joint return filers who are widowed, divorced, legally separated, or have lived apart for at least one year to limit their liability for deficiencies on the joint return for those years. And a third provision allows joint return filers to avoid liability for unpaid amounts of tax shown on joint returns as filed, but not paid, or, in some cases, allows joint return filers to avoid liability for a deficiency that does not qualify for relief under either of the first two provisions.
A truly “innocent” spouse can elect to seek relief from liability for a tax understatement attributable to the other spouse’s erroneous tax items, such as unreported income or disallowed deductions. To qualify, you must show that you didn’t know about the understatement and that there was nothing that should have made you suspicious. In addition, the circumstances must make it inequitable to hold you liable for the tax. This relief is available even if you are still married and living with your spouse.
This standard, however, is very difficult for many spouses to meet. Essentially, the spouse must show that he/she had absolutely no knowledge of the fraudulent activity(ies) and didn’t share in the “fruits” of the activity(ies). Well, unless the accusing spouse had a post-separation epiphany regarding the alleged activity and was clueless as to how they could enjoy an upscale lifestyle (expensive homes, cars, vacations, etc) on an inadequate level of annual income, then innocent spouse status is generally unachievable.
In some cases, a spouse can elect to limit liability for any deficiency on the joint return to that spouse’s allocable portion of the deficiency. The election can be made only if the spouses are no longer married (divorced or widowed), are legally separated, or lived apart for the 12 months before the election was made. If you make the election, the tax items that gave rise to the deficiency will be allocated between you and your spouse as if you had filed separate returns. For example, you will generally be liable for the tax on any unreported wage income only to the extent that you earned the wages. The election won’t provide relief from your spouse’s tax items to the extent that IRS proves that you actually knew about those items when you signed the return, unless you can show that you signed the return under duress. Also, the limitation on your liability is increased by the value of any assets that your spouse transferred to you for the purpose of avoiding paying the tax.
The first two types of relief apply to situations in which a deficiency arises after a return has been filed. The last type of relief is available either (1) when there is no deficiency, and the tax as shown on the return has not been paid through no fault of the spouse applying for the relief, or, (2) in some cases, when there is a deficiency, but the spouse doesn’t qualify for innocent spouse or separate liability relief. To qualify for the relief, described in (1), from liability for tax shown on the return but not paid, you must show that when the return was filed, you didn’t know and had no reason to know that the tax wouldn’t be paid, and that it was reasonable for you to have believed that the tax was paid by your spouse.
In order to obtain relief under any of the above provisions, you must make a timely election on IRS Form 8857, Request for Innocent Spouse Relief (And Separation of Liability and Equitable Relief) and attach a statement to the return describing why you qualify for relief. You can make the election up to two years after IRS begins trying to collect the tax from you.
Whether, and to what extent, you can take advantage of the above relief provisions depends on your own particular facts and circumstances. But, never point this loaded gun unless you’re prepared to pull the trigger and deal with the consequences. Advice to matrimonial counsel….warn your clients of the consequences of making such allegations and get the advice of specialized tax counsel to insure innocent spouse relief before proceeding down this very slippery slope. And, under the category of “be careful what you wish for because it may come true”, by successfully achieving innocent spouse status and then proving such allegations in court you may end up “killing the golden goose” when the judge refers the matter to the Justice Department and/or the District Director of the Internal Revenue Service. Both parties lose!!

John Johnson’s extensive experience in the specialized areas of business valuation, litigation support, taxation, and law firm management, makes him uniquely qualified as Managing Partner of SaxBST’s highly regarded Valuation, Forensic and Litigation Group. John has developed a multi-state practice and has participated in over 2,000 litigation cases as a consulting and/or testifying expert. He has performed thousands of valuations of closely-held businesses, professional practices, and conducted numerous forensic analyses and economic damage studies for a wide range of civil litigation matters, with a concentration in matrimonial matters. John has been Court appointed over 500 times throughout New York State as a financial and valuation expert. John has successfully testified in support of his opinions on numerous occasions in State Supreme Court, Federal Court and in formal Arbitration proceedings. John is affiliated with numerous professional organizations, including membership in the New York State Society and American Institute of Certified Public Accountants, Estate Planning Council of Eastern New York, The Institute of Business Appraisers, National Association of Certified Valuators and Analysts, National Association of Forensic Economics, the Executive Committee of the Family Law Section of the New York Bar Association and Charter Member of the American Academy of Matrimonial Lawyers Foundation – Forensic & Business Valuation Division. John has lectured and authored extensively on such topics as business valuation, estate planning, accounting and taxation for many publications, professional organizations such as the AICPA, ASA, ABA and NYSBA, and for the NYS Office of Court Administration Judicial Training programs (“Judges School”).